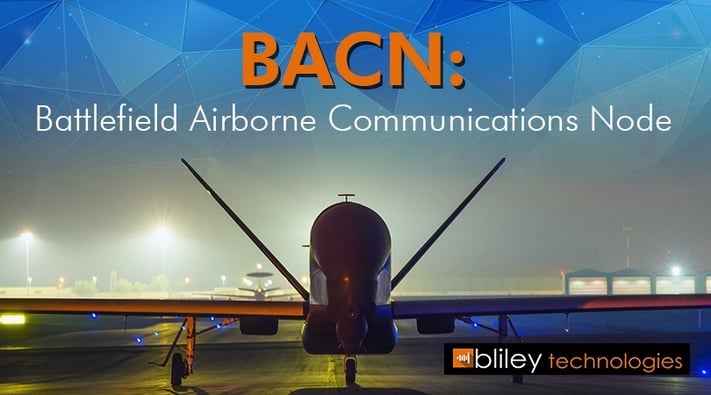 The JUON addressed the severity of communication gaps between diverse weapons systems and operating units. Unable to communicate with each other, individual operating units had limited access to the overall tactical situation on the battlefield. The BACN bridges those gaps providing essential combat situational awareness from boots on the ground all the way up to the highest command levels.

The BACN reached milestones on March 6, 2017, logging 10,000 combat missions and 100,000 combat flight hours in missions supported in Southwest Asia. Since its rapid deployment to the field in 2008 after just nine months in the development and demonstration phase, BACN contracts have been extended to enhance BACN as part of the US Air Force's Beyond Line of Sight (BLOS C2) command and control capabilities.

Creating A Wireless Internet Over the Battlefield 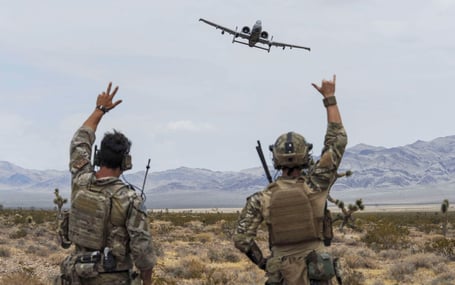 The core of the BACN is its AEP, the Airborne Executive Processor, which provides gateway interfaces between all supported systems and forwards that intelligence to the Global Information Grid. The BACN includes four integrated systems with payloads installed in aircraft and ground stations which bridge the communication gaps in support of missions such as airdrops and overall air operations. Tactical advantages include:

The BACN's persistent connectivity has proven its effectiveness particularly in the rugged, mountainous terrain of Afghanistan, enhancing command and communication coordination between warfighters and raising overall situational awareness in one of the world's most challenging combat environments.

Bridging communication gaps between warfighters and commanders is especially critical in joint and coalition operations where different civil and military services are operating together in the field. Access to full-motion video, imagery, voice over Internet protocol (VoIP) and chat messages from multiple sources has allowed BACN to create an indispensable "wireless internet" over the battlefield.

BACN For Boots on the Ground Coverage

BACN's translation capabilities can bridge the gap between tactical and civil cellular systems. This means that a Special Forces soldier on the ground could direct an air strike with the pilot in the cockpit of a fighter by cell phone.

BACN can also act as a relay for ground troops, capturing ground operations signals and rebroadcasting to support aircraft as required. BACN is indispensable when ground troop signals are blocked by mountains even though air support may be as close as 10 to 15 miles away.

AT&T in the Sky

In this article at Air Force Magazine, Lt. Col. James Peterson, commander of the 430th Expeditionary Electronic Combat Squadron describes BACN as "kind of like AT&T in the sky". Peterson points out that some US troops deploy with radios which cannot interface with radios of another service. The multi-domain BACN is the "connective tissue" which allows communication across services and domains.

At Bliley Technologies, we realize that the success of the mission, as well as the very lives of our warfighters, rely on the highest quality parts for dependable electronic performance in demanding military and defense applications.

Our QPL (Qualified Parts List) crystals meet all rigorous DoD requirements as specified in MIL-PRF-3098 (Quartz Crystals). We've been crafting the highest performance frequency control devices for over 85 years, and you can rely on our commitment to continuous improvement to take you further with your product development. We provide design and manufacturing services for defense, avionics, satellite and space applications and more, so don't hesitate to contact us to discuss your requirements.