PARC - A Hub of Innovation 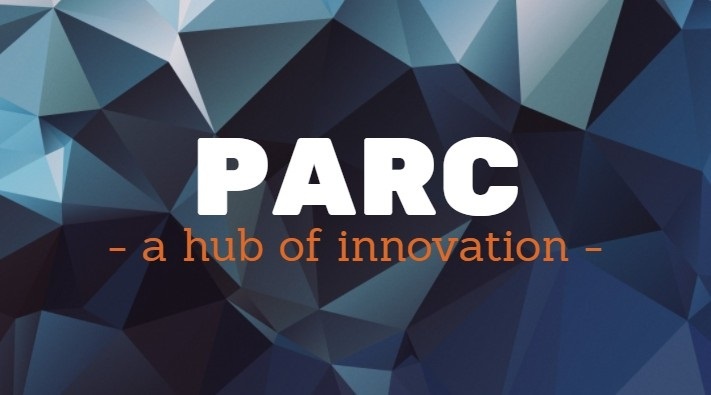 Bliley Technologies is proud to be partnered with PARC, the Palo Alto Research Center, a leading hub of innovation in a wide range of cutting-edge 21st-century technologies. PARC has deep expertise in the high-tech fields of big data, optoelectronics, semiconductors, large area electronics, model-based reasoning for AI, and is a pioneer in the field of ubiquitous and context-aware computing.

PARC invented the paradigm for Context-Aware computing over 20 years ago to prioritize information and prevent overloads caused by working with multiple people, devices, and networks, leading the industry in intelligent mobile computing development. Let's begin with a look at some of PARC's innovative history.

PARC has certainly left its mark in the world of innovation. Beginning in the 1970s when PCs were just beginning to enter the workforce, the company started working on what would become groundbreaking inventions such as the laser printer, Smalltalk programming language, and the LAN protocol Ethernet. PARC also came up with ALTO, the world's first computer with a graphical user interface. ALTO was the inspiration for Jobs’ and Wozniak's Apple Macintosh, as well as Bill Gates' and Paul Allen's Windows. 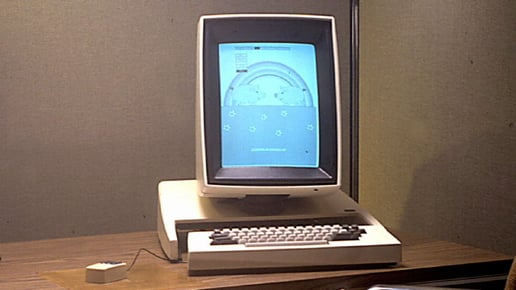 Once laptops and PCs started to become a standard and used by billions of people, PARC continued their innovative journey with new technologies such as multi-beam lasers, ubiquitous computing, blue lasers, energy solutions, and electronic reusable paper.

Today PARC's CEO is Tolga Kurtoglu, recently appointed in January of 2017 after heading up the company's System Sciences Lab. Originally founded as Xerox Parc, the company spun off in 2002 though it remains a wholly owned subsidiary of the Xerox Corporation. In an interview at ComputerWeekly.com, CEO Kurtoglu explains, "We changed our business model from being a captive R&D center for Xerox to being an innovation center. We practice an open innovation business model."

PARC hasn't limited its research and innovation efforts to the hard sciences of electronics and computer technologies, however. The Xerox-founded company also makes significant contributions in the social sciences. The field of Ethnography is a qualitative study of human behavior in context, providing an accurate picture of what people actually do, as opposed to what they say they do. The data is invaluable as an advanced marketing tool as well as for business practice transformation and user experience design.

From World of Warcraft to Real-World Warfighter Protection at PARC

When DARPA, the US government's world-famous Defense Advanced Research Projects Agency, needed a solution to prevent brain injury caused by explosions on the battlefield they looked to the multidisciplinary team at PARC for the answer.

DARPA was looking for a robust blast dosimeter that could record blast effects for at least a week without any maintenance, and they wanted a device which was inexpensive enough to discard once the data was analyzed for medical records. Commercially available sensors at the time were going for about $1000, far too expensive to meet the disposable requirement.

The PARC team met the challenge with their deep expertise in foundational materials, printing, and device design. They came up with a tape design dosimeter which was able to conform to the curves of current protective helmets. Using TFTs, thin film transistors developed by PARC, the team was able to fabricate the dosimeters with printed complementary organic electronics to reduce power consumption.

The printed tape was fabricated with roll-to-roll processing, featuring integrated memory, control electronics, and multiple sensors all designed to meet the demanding DARPA specifications. The finished product was durable enough to measure data even at extreme blast levels, and the memory array demonstrated its ability to retain data for over a week.

Best of all, the efficient roll-to-roll production kept costs down to $1.00, well within the range for a disposable unit. Warfighters and first responders can now be monitored, and action can be taken, before the cumulative blast exposure reaches a harmful threshold.

The business model of PARC today is to work as an innovation partner and provide R&D services for startups as well as to global industry leaders like Bliley Technologies. With military and commercial customers relying more on portable battery-powered technologies, PARC and Bliley partnered to provide the electronics required to meet low SWaP demands. (Size, Weight, and Power.) The joint development between PARC and Bliley resulted in the ULP OCXO, Ultra Low Power Oven-Controlled Crystal Oscillator.

Download our free white paper for all the technical details about how the ULP OCXO will provide three times improvement in power and two times improvement in size when compared to legacy Low Power (LP) OCXOs at the link above. And for the highest performing frequency devices in the universe, don't hesitate to contact us.