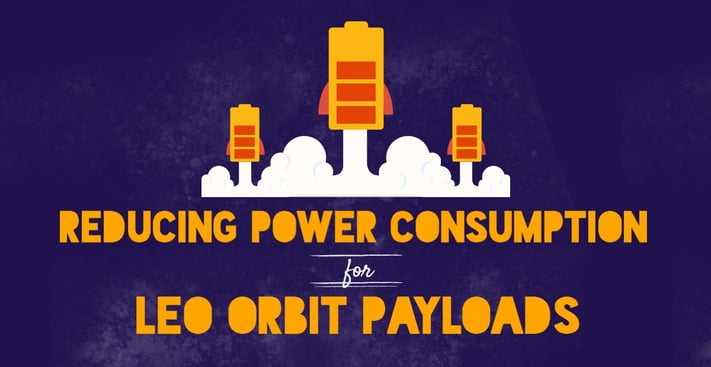 The “new space” movement is revolutionizing our access to space and opening the door for an entirely new class of satellite payloads.  As launch costs for these scaled down ‘small sats’ continue to drop, new missions and functionality are being squeezed into satellites that are less than 50kg!

These new missions and services include overhead imagery, communications, and even satellite-to-satellite networking (how’s that for cloud computing).  These new missions require more and more technology to be packed into volumes averaging just 60 cm cubed!  Of course all this technical horsepower requires… well, power.  Battery sizes and capacity requirements are determined by the amount of power consumed by the system.  A significant amount of stored energy is needed to power the payload during eclipsed (night-time) portions of their LEO orbits.  During these periods of time, the satellite's solar panels are unable to supply the system with adequate power and the payload must run off of battery power.
The downside is that batteries tend to be one of the highest mass components in the system, which in turn limits the amount of processing power or communications capability you can pack into the payload.  Therefore, the system’s overall capability can become capped by the balancing act between power hungry technology and battery storage capacity.

If one can reduce the power consumption of key system components, the mass of the battery can be reduced (making launch costs less expensive) or the saved power consumption can be used for other more critical components.  System architects constantly trade between these factors as they work through the design process.
One critical, yet power hungry component on many of these systems is the MRO or Master Reference Oscillator.  These oscillators are typically an oven-controlled crystal oscillator or OCXO.  By ‘ovenizing’ the quartz crystal oscillator, the crystal can be held at constant temperature minimizing phase noise performance and maximizing stability.  Low phase noise and stability are critical to ensure performance of the payloads communications link and RF performance.  All of this performance comes at a cost, and the typical power consumption of these types of crystal oscillators is usually several watts.

Over the last few years, there has been an emergence of OCXOs that offer very low power.  These new breeds of OCXOs offer performance close to their big brother ovenized quartz crystal oscillators, but at a fraction of the dissipated power.  Currently there are only a few vendors offering these low power OCXOs.
The table below compares power consumption and key performance specs of the current low power OCXOs available on the market. 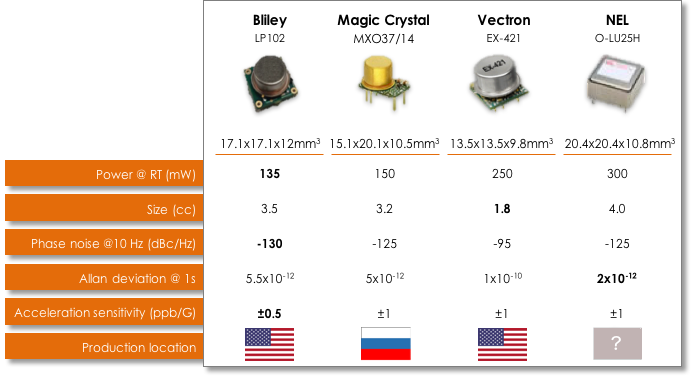 Given the current state of the low power OCXO market, Bliley’s LP102 leads the pack in terms of both power consumption and phase noise.  If the application requires the smaller volume and can tolerate a power budget of a quarter watt, Vector’s EX-421 is a suitable option, albeit phase noise performance is sacrificed.  Some applications in the United States require a domestic supplier, in that case Bliley and Vectron both offer their low power OCXOs from US-based manufacturing facilities.
Bliley’s recent entry in the low power OCXO market is making waves in the frequency control industry.  Jack Browne from Microwaves and RF had this to say of Bliley’s LP102:

The LP102 is currently sampling and will be entering full production later this year. 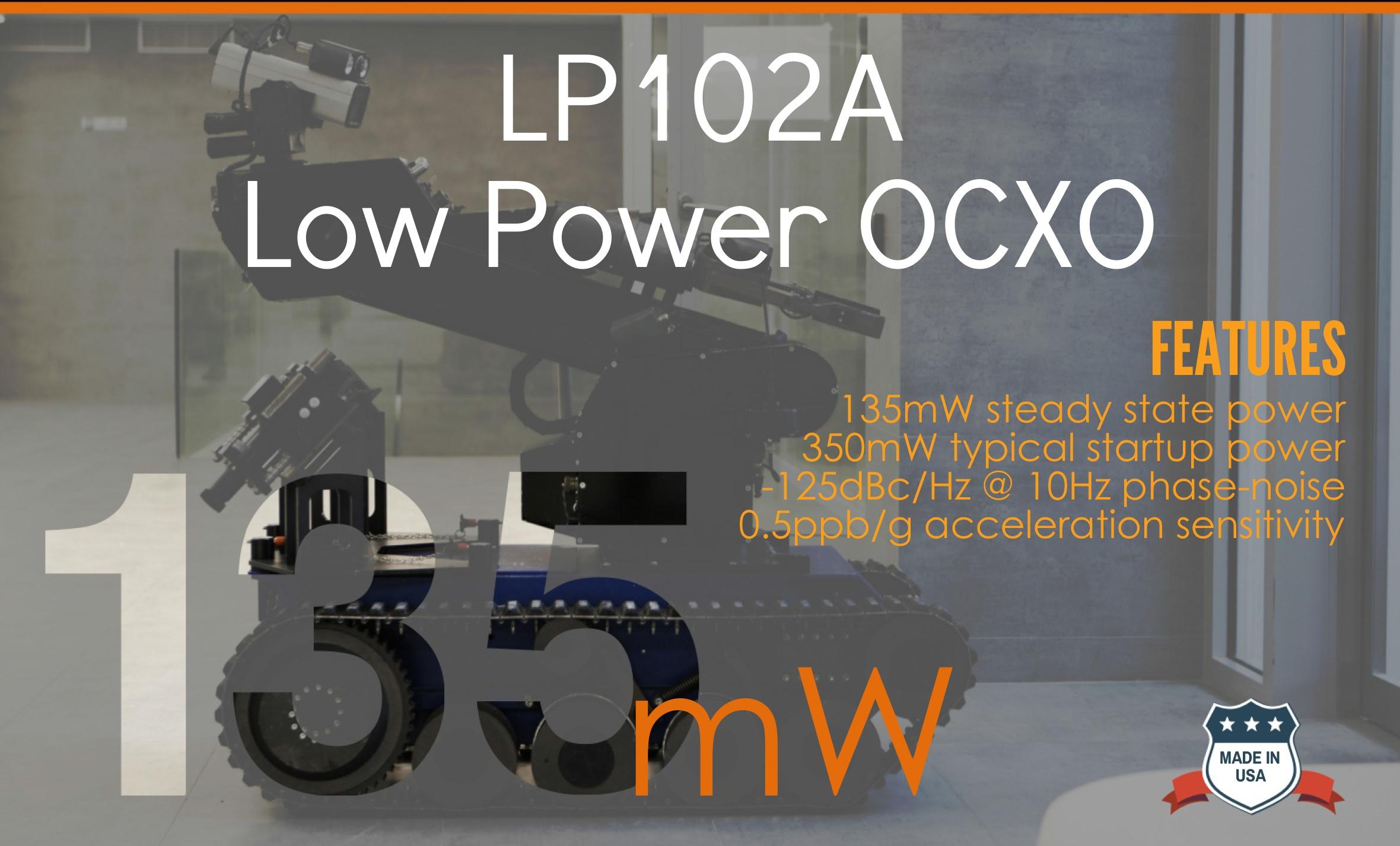