The Future of Unmanned Vehicles 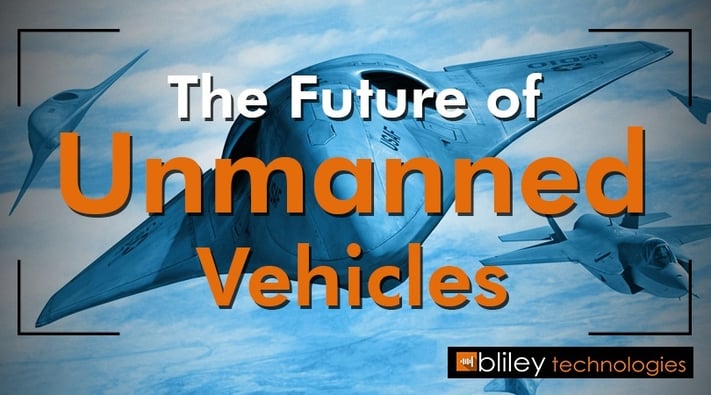 Unmanned vehicles have changed our world over the past 15 years, and continue to do so one battlefield, one site inspection, and one independent film at a time. Science fiction writers, engineers and military thinkers alike had envisioned robotic and autonomous warfighting machines for years, and in the early 21st century, they became a viable and widely used option in warfare. But as they continue to advance and become less expensive, what does future hold for unmanned vehicles?

How Unmanned Vehicles Changed the Game

Most people would be surprised to learn that the first unmanned vehicles which could be considered precursors to modern drones were developed during World War II. The US Military was trying to develop unmanned aerial vehicles (UAVs) for combat, as well as reconnaissance and surveillance purposes. These planes were radio controlled and would either be loaded with bombs or loaded with a new video technology called television cameras, which would transmit the camera’s signals back to base for real-time intelligence gathering. Unfortunately, these experiments were largely unsuccessful. One of these was Operation Aphrodite, in which human pilots would fly B-17s or B-24s to a certain destination, then parachute out and allow the experimental radio controls to take over. The experiment was a failure, resulting in the death of several US pilots, including Lt. Joseph Kennedy, the elder brother of President John F. Kennedy. The ambition driving these early designs was strikingly modern, but the technology constraints of the 1940s just didn’t allow it, and they simply could not match the accuracy and skill of a human pilot.

While television technology certainly took off, it would be many decades before unmanned vehicles along these lines came into widespread military or commercial use. But a major breakthrough occurred in 1995 when Northrop Grumman unveiled an experimental remote-controlled glider called the “Gnat”. This craft featured something that brought back the dream of the World War II engineers: a modern video camera offering a panoramic view of the operational environment, up to 60 miles away. The craft was light and could stay in the air for up to 12 hours at a time.

Of course, war ultimately involves combat. When ground or airborne forces are sent into action, there are always safety and logistical considerations that must be taken into account. But what if armed unmanned vehicles could be sent in, and take out targets without exposing any personnel to danger? Thus, the now–famous Predator drone was born.

What's Awaiting in the Near Future for Unmanned Vehicles?

Of course, unmanned vehicles didn’t stay confined to the military domain for long. Around 2010, videos began appearing online of the small quadcopter drones we now all recognize.  They may have started out as solely a hobby but these inexpensive, unmanned vehicles, small enough to be held with one hand, were quickly put to commercial use.

There are many industrial applications for small unmanned vehicles. Site inspections that were once time-consuming and dangerous can now be done more safely and cheaply with video-equipped UAVs. Imagine trying to find a gas leak in hundreds of miles of pipeline. Now pipelines can be continuously monitored with teams of UAVs that can feed live data back to decision makers and allow them to take action much quicker. Unmanned vehicles can be used for search and rescue missions, logistical applications like shipping small packages, and even in the arts for cinematography purposes.

Of course, unmanned vehicles will not just be used in the air. Developments with driverless cars continue to make headlines, and ground-based unmanned systems like the explosive ordinance disposal (EOD) robot have made military and police operations on the ground much safer than before. 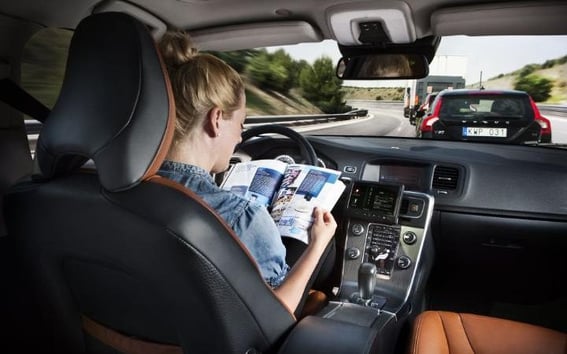 In the future, firms in the private sector will compete to develop the best unmanned vehicles for use in air, land, and sea applications. In the military, micro-UAVs will play an increasing role in supporting troops at the squad level by gathering visual intelligence. New systems like the Multipurpose Unmanned Tactical Transports (MUTTs) are being tested to help transport equipment and lighten the load on soldier’s backs. Unmanned boats and even submarines like the Boeing Echo Voyager are also in development.

But as this technology has become cheaper, it has also become more dispersed. The truth is that no one has a monopoly on unmanned vehicles anymore. Foreign militaries and companies are embracing drone technology. As the unmanned vehicle domain becomes more competitive and electronic warfare capabilities become more sophisticated, mastery over the electromagnetic spectrum will become ever more important.

Both now and in the future, unmanned systems will continue to depend on the advanced PNT capabilities of systems like GPS to navigate their way to the correct coordinates. They will also require strong, stable radio frequency capabilities to receive directions and send data back to Command and Control. They will require state of the art internal CMOS clocks to make sure timing functions are correct and the systems perform as intended. All of these factors will be just as important to the private sector as more unmanned systems are put into commercial use.

The demand for unmanned vehicles is set to explode over the next few years, and with all these different developments and possibilities it can seem overwhelming. Luckily, the experts at Bliley have your back. We’ve been at the forefront of crystal oscillator research and development for over 80 years. We helped play a critical role in perfecting the oscillator designs that facilitated military communications and helped make the Allied victory possible in World War II— a legacy we are proud to uphold to this day.

Explore our inventory of world-class CMOS clocks and low-phase noise crystal oscillators to find the perfect solution for your unmanned system.