BMD. GMD. MDA. ICBM. THAAD.  Aegis. These are all terms that you have likely heard in recent news reports about on-going threats of missile launches from North Korea. What would happen if North Korea launched a nuclear missile at the United States?  How would the United States respond to such a threat? 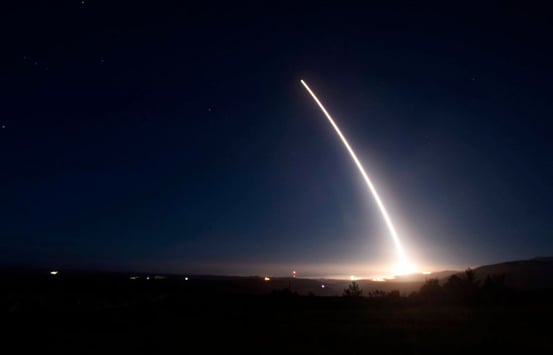 Luckily the United States has been preparing for such a threat with a collection of complex systems that are part of our Ballistic Missile Defense (BMD) system.  These systems are comprised of satellite sensors, ground and maritime-based RADARs, and interceptor missiles.

Ballistic Missile Defense must address the 3 major phases of a missile threat: 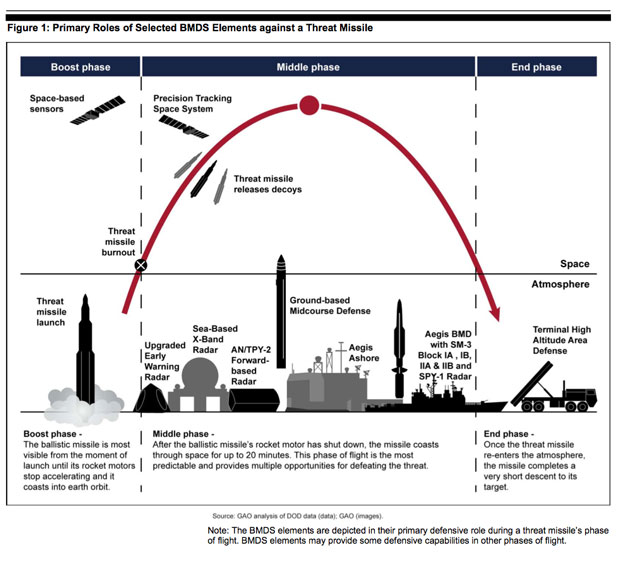 The boost phase includes the initial missile launch into space and lasts until the rocket engines have completed firing.  The midcourse phase begins after rocket booster separation from the warhead and continues as the warhead travels through space until the warhead begins re-entry into the Earth’s atmosphere.  The terminal phase is when the warhead hurtles towards the designated target during Earth reentry.

The BMD system transitions to close-in warhead tracking as the warhead enters the terminal phase.  The warhead gains speed as it enters the Earth’s atmosphere and approaches its final target.  Missile accuracy is defined in terms of Circular Error Probably (CEP) which is the area where there is a 50% chance of the missile striking.  The CEP can grow through the entire missile flight phase depending on missile system performance at various stages of flight.  Some midcourse tracking systems can be used for terminal tracking of warheads.  The Lockheed Martin Terminal High Altitude Area Defense (THAAD) RADAR is a terminal tracking system designed to track close-in threats.  The United States recently deployed THAAD systems to South Korea and THAAD systems are currently deployed in Guam protecting United States civilian and military assets in the region

The United States has four options for addressing missile threats in the midcourse and terminal phase.  Defeating a ballistic missile threat is akin to shooting a bullet travelling at 15,000 miles per hour with another bullet.  Typically, decoys are released along with the warhead to confuse the tracking RADAR tracking or interceptor systems.  Warheads can also use infrared countermeasures.  These tactics used by adversaries makes the job of the BMD even more complicated. 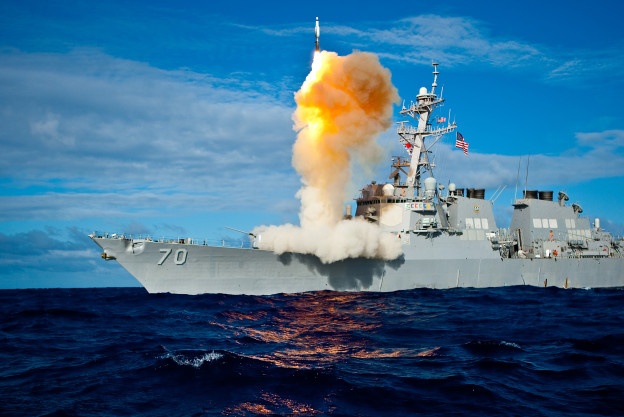 The Ground-Based Midcourse Defense (GMD) system can be utilized during the midcourse phase of flight.  The GMD system tracks initial and projected trajectory of the missile with RADAR data and then launches interceptor missiles from locations in Alaska or California.  These interceptor missiles reach space and collide with the warhead.  The GMD system has approximately a 50% success rate during operational testing.

The Terminal High Altitude Area Defense (THAAD) system is used to combat missile threats in the terminal phase.  The THAAD system consists of a RADAR, interceptors, launchers, and fire control system that is truck deployable.  The THAAD system is designed to combat short and medium range ballistic missiles.  The THAAD is the newest BMD system in the United States arsenal and currently has a 100% success rate during flight testing.

The Patriot Advanced Capability-3 (PAC-3) system is the final BMD system in the United States arsenal.  The PAC-3 is used to combat missile threats in the terminal phase.  You may be familiar with the original Patriot missile system used during the first Persian Gulf War.  The Patriot system is the most mature BMD system in the arsenal.  The PAC-3 system is designed to combat short and medium range ballistic missiles and.  The PAC-3 can intercept missiles at lower altitudes than the THAAD systems.

Taking Ballistic Missile Defense to the Next Level

Our Poseidon Series OCXO has been proven to work great in RADAR systems and helps bring them to the next level. Maritime, airborne, and Ballistic Missile Defense RADARs may be a great fit for Poseidon. Check out our Poseidon 2 datasheet...we're ready to take your radar application further!