How IFEC and the Internet of Things are Changing Aviation

There is so much talk these days about how the “Internet of Things” (IoT) will change media consumption and how business is done. Most of these analyses are focused on things like consumer electronics, as well as how it applies to industrial equipment.

One industry where IoT systems have made tremendous inroads, but is less often discussed, is aviation. While the most readily apparent deployment of this technology for passengers will be super-fast In-Flight Entertainment and Connectivity (IFEC), the truth is that IoT systems will soon be a part of nearly every part of the plane, fundamentally changing the aviation industry for the better— all while producing some truly mind-boggling amounts of data in the process.

Connectivity: A Game Changer for Aviation

In the not-too distant past, airplanes were closed systems that were not connected to any others except through radio. There were onboard systems that notified the pilots when a problem arose, but there was no instant, shared awareness between ground and plane crews of when problems were likely to happen, and most issues were addressed in isolation as they occurred. The integration of IoT systems into avionics is changing all that.

A significant increase in the number of onboard sensors, along with advancements in broadband connectivity has drastically improved that the ability of both aircrew and ground crew to monitor vital systems. Thanks to advancements like Ethernet-based aircraft data networks, planes like the Airbus A350 and Boeing 787 are able to collect and transmit data about system performance and maintenance needs to crews on the ground.

Imagine being able to detect when a component is in need of repair, and notifying the ground-based maintenance crews in midflight so they can have the exact parts needed, ready to go the moment the plane lands. How many delays and accidents could be prevented? How much money could be saved?

The cool thing is... that's all possible now with high-speed, in-flight connectivity!

It’s important to keep in mind just how connected modern planes are becoming. At the 2015 Paris Airshow, Bombardier’s C Series airline featured a Geared Turbo Fan (GTF) engine with 5,000 sensors that continuously monitor every conceivable subsystem and parameter within the engine, generating an unbelievable 10 GB of data per second. A twin-engine aircraft equipped with such engines would generate over 840 terabytes of data during a 12-hour flight!

Unlike a lot of commercially-gathered data which ends up not being useful, aviation data is valuable and can immediately be put to use. Analyzing such data has allowed Bombardier, for instance, to adjust the thrust of the engines to reduce fuel consumption by 10-15%. Such systems applied across fleets of aircraft could potentially result in billions of dollars in savings on fuel costs. Storing and managing all that data to make the best use of it is leading to the development of amazing new onboard servers that facilitate intelligent data crunching and analysis, prioritizing important data to make sure it is sent to the ground first.

A Revolution for In-Flight Entertainment and Connectivity (IFEC)

While all of that might be exciting for airlines and aerospace engineers, there is one aspect of this airborne broadband revolution that may outshine them all— at least as far as the public is concerned. Perhaps no other application of IoT to aviation will affect the customer experience as much as how it can be applied to In-Flight Entertainment and Connectivity (IFEC) systems.

In-flight entertainment in the form of movies has been around for years, but thanks to breakthroughs like high-throughput satellites operating in the Ku and Ka-band ranges and inexpensive, broadband communications systems, the passenger entertainment and connectivity experience has never been better.

These new IFEC systems create a large list of awesome entertainment benefits such as:

Ten years ago, broadband IFEC was just a luxury available only to first class passengers; today, it is a necessity for airlines that want to remain competitive. Simply put, IFEC is a quantum leap forward in the type of media experience available to passengers and represents a market expected to grow to nearly $10 billion by 2024.


Want to get in on the action? Make sure you have a company who knows aviation tech on your side. At Bliley, we believe it’s part of our job to stay on top of the latest trends in aviation and other high-tech industries dependent on advanced RF engineering. After 85 years designing the best oscillators and clocks money can buy and partnering with some of the biggest names in the aerospace and avionics business, we’ve learned a thing or two about how to stay ahead of the curve and get the best results for our customers. Learn more about the markets we serve and how we can help you be successful in the new airborne-era of the Internet of Things. 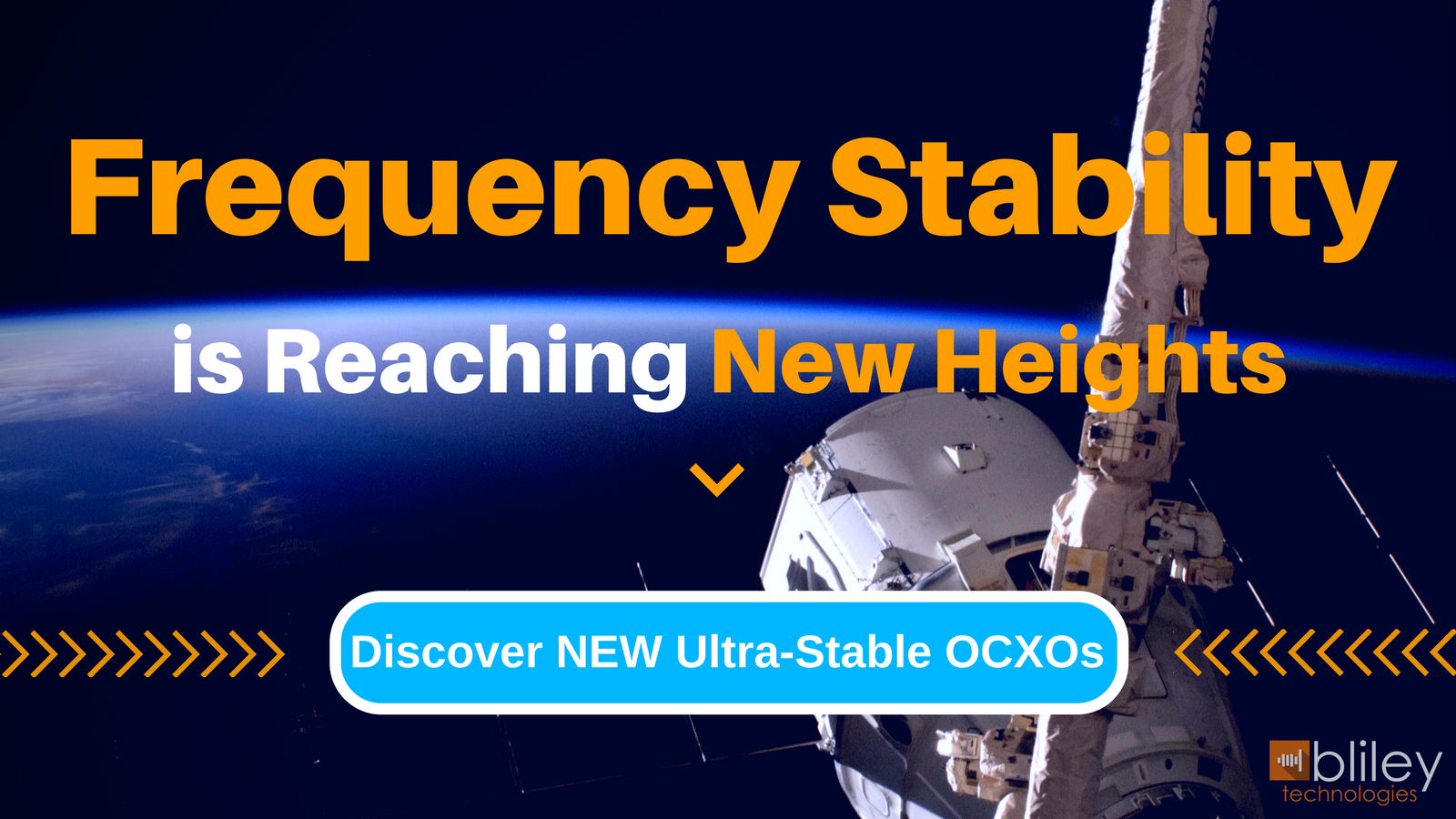