Why are RF Engineers so Important in Space Exploration?

The Need for "Out-of-this-World" RF Engineers

A Radio Frequency (RF) engineers are responsible for all the wireless communication equipment found aboard a spacecraft. This includes being in charge of:

Since the radio frequency signals are the sole means of communication between a spacecraft in orbit and the Earth-based mission control, this is a very important position that entails a great deal of responsibility and scientific expertise.  Want some more details? You got it! We'll cover it all for you in this post!

Hope we have enough SPACE! (Sorry bad joke...moving on!)

An RF engineer is usually employed by research and development firms, telecommunications companies, and broadcast stations that belong to governments or independent contractors for work in a variety of markets. Below is a description of the work done by an RF engineer in space exploration:

Setting up wireless networks for relaying communication in and out of spacecraft. This is the network used for keeping the space crew in constant communication with ground support. The network needs to be up and running at all times to relay information from the spacecraft. The RF engineer performs regular check-ups on the system throughout the mission.

RF engineers use their scientific expertise to expand the reach of the radio signals as far as possible. There are many adjustments that constantly need to be made to the communications system to ensure it is operating effectively. Since the spacecraft is always in a state of motion, with all sorts of impediments drifting in and out of its range, the RF engineer needs to be always alert and aware of the changes that need to be made to ensure the best possible communication.

An RF engineer is also in charge of research work related to existing RF technology and must find new ways to improve the existing system. An RF engineer is often a part of the team which comes up with new products in the field. The work involves the use of mathematics and physics principles with a focus on RF theory. The work done in this field by RF engineers has so far yielded radio antenna systems, satellites, and cell phones. 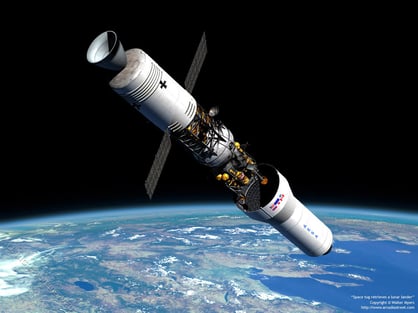 What Does the Future Hold?

Engineers in any field must always work with one eye on possible future applications, and it's no different for an RF engineer. The payload that is often found aboard a spacecraft is responsible for carrying out a multitude of experiments in space to relay back to Earth. Since the payload makes use of RF signals to transmit the findings, the role of an RF engineer also includes keeping an eye on the RF payload and making sure it's working well.

Related Article: 7 Habits of the Most Innovative Engineers

Thus we see that the work of an RF engineer is one of the fundamental aspects of space research and communications. Even today, RF engineers are working day and night to bring about the next breakthrough in radio communications for the benefit of humanity and space exploration.

Bliley Technolgies is at the forefront of RF technology. We invite you to contact us to learn more about how our engineers can take your project further.