How ECCM Techniques Take Electronic Warfare to the Next Level 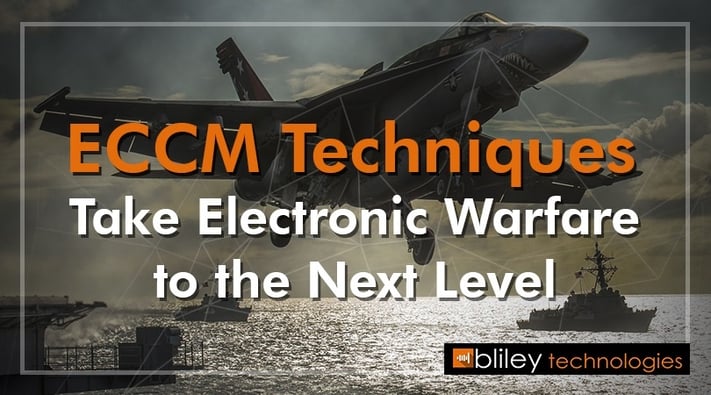 The evolution of electronic warfare has been driven by the competition between Electronic Countermeasures (ECM) and Electronic Counter-Countermeasures (ECCM). Electronic warfare involves not only harnessing the electromagnetic spectrum, but defending against enemy use of the spectrum, and, if possible, denying their ability to use it in the first place. Since the earliest attempts at jamming radio communications, techniques have been developed to counteract enemy ECM. Today we’ll discuss how ECCM continues to evolve and shape the nature of modern warfare.

ECM vs. ECCM... What's the Difference?

ECM can be directed at aircraft, ships, sensors or weapon systems like radar-guided missiles. Examples of ECM include radar jamming, or releasing chaff (clouds of small metal strips released by aircraft) to confuse the returning radar systems. Another example is the use of radar-absorbing coating on aircraft to weaken the returning signal, or altering the shape of an aircraft in such a way as to deflect incoming radar waves. This passive form of ECM is called “target modification”, and is a core component of stealth technology.

ECCM on the other hand is about defending against ECM techniques and rendering them ineffective. ECCM can be traced back to World War II, when the British disrupted German radio communications using jamming techniques. To counter this, the German military increased the transmission power of their radio signals to overpower the jamming.

As electronic countermeasures have become more advanced, so has ECCM. To this day, it remains a cat and mouse game between different states to stay one step ahead of competitor’s ECM and ECCM capabilities. 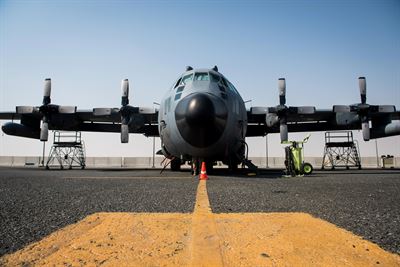 The simplest ECCM technique against jamming is to just increase radio transmission power to “burn” through the enemy’s jamming attempt, as described above. But this is only the most basic example of what ECCM can do. Let’s explore some more sophisticated methods for overcoming ECM.

This includes the use of sensors which can recognize attempts to deceive enemy radars (like chaff) and disregard them. This can be taken even further with “radiation homing” weapon systems like missiles which can detect and target radio emissions themselves, known as “Anti-Radiation Missiles” (ARMs). Some radiation homing weapons are designed to redirect towards the source of the enemy jamming signal if the interference makes it impossible to hit their original target. Others are specifically designed to seek out the location where the enemy signal is emanating from. This is almost like applying the principles of Judo to electronic warfare, turning the enemy’s ECM attack against them; if the enemy uses their jamming capabilities, they are also giving away their position, and opening themselves up to a kinetic counterattack.

FHSS is a spread-spectrum modulation technique, meaning that the transmitter rapidly switches the frequency of the carrier wave in an apparently random fashion across a wide spectrum. This makes it much more difficult for an enemy force to jam the signal, since it is always changing and it is almost impossible to predict what frequency it will jump to next. FHSS is usually used along with encryption for an added layer of radio communication security.

Pulse Compression is a radar ECCM technique which consists of modulating the pulse of the radar signal transmission and then cross-correlating it upon reception. There are different methods of pulse compression which are suited to different purposes, but for ECCM, it is done by linear frequency modulation, a practice also known as “chirping”. Using this technique, the frequency of a radar signal is changed within individual pulses of the carrier, like how the sound of a grasshopper or cricket can change within an individual chirp— hence the name. This form of pulse compression is highly resistant to jamming, and is used in AESA radar systems.

Electronic warfare capabilities will only become more important as time goes on. As both ECM and ECCM continues to advance, the advantage will go to those militaries who partner with the best minds in radio frequency engineering. The experts at Bliley have been pushing the envelope in RF technology for decades, and we can’t wait to put our skills to the test and help our armed forces succeed in the 21st century. Read on to learn more about our Defense sector solutions and the other exciting markets we serve.