How Well Do You Know RADAR? 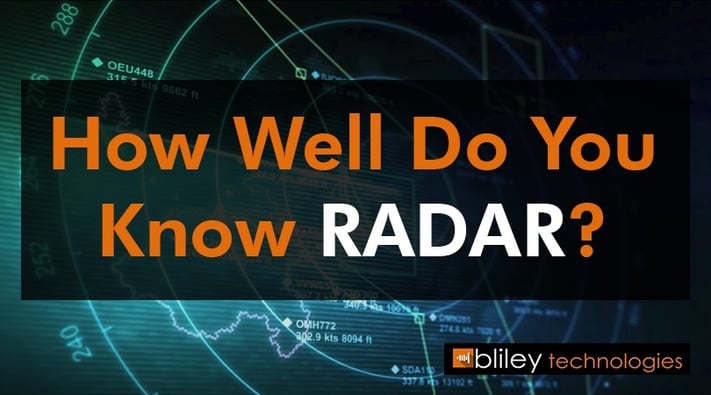 When radar was first used in combat, it represented what is known as a “Revolution in Military Affairs” (RMA), a term used to describe a tactical, doctrinal, strategic, or in this case, technological change in military theory and activity that fundamentally changes the nature of warfare. World War II saw the first widespread use of radar on both sides of a conflict, and led to the emergence of electronic warfare as a method of counteracting the other side’s radar abilities while defending the friendly use of the electromagnetic spectrum. This competition spawned the evolution of many different radar functions for specialized applications. This article will explore various types of radar systems that exist and the functions they serve.

The 3 Main Categories of RADAR

There are three primary categories of radar, which are defined by how they are used: Airborne, Land-Based and Shipborne. There are many different specialized sub-categories within these three classifications which are based on the operational radar functions. The important thing to keep in mind is that these different categories are not necessarily either/or distinctions.  Some radar types can be used in land and sea, for example. Let’s explore some of the more important types of radar below. 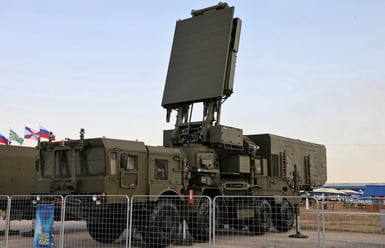 Early Warning Radar (EWR) is a term used to describe systems which detect incoming enemy aircraft, ships or missiles. Various methods and technologies can be employed in an EWR system, but the idea behind it is always the same; EWR functions as a first line of defense, alerting the country when an attack might be happening and giving them time to respond. One of the first examples of a successful EWR is the “Chain Home” radar system built by the British shortly before World War II. During the Cold War, the PAVE PAWS phased-array warning system was built to protect and provide ICBM-detection capabilities around the entire North American continent and remains in operation to this day.

Moving Target Indicator (MTI) Radar gets around this problem of irrelevant signals by sensing changes in Doppler frequencies to distinguish between moving targets and clutter in the environment. When used in land-based systems, it is considered “Ground Moving Target Indicator” or GMTI radar.

MTI can also be used in airborne radar systems, but there are some additional complexities brought on by the movement of the plane where the signal is emanating. The plane’s motion causes a Doppler frequency shift and makes the clutter problem worse. Airborne MTI (AMTI) systems are designed to compensate for this shift and produce a clear and accurate reading of the environment.

Pulse Doppler Radar (PDR) works in a very similar way to MTI radar, but operates with a significantly higher Pulse Repetition Rate (PRR). This results in a more accurate measurement of the radial velocity of a target. However, a higher PRR also results in a greater level of ambiguity in range measurements (an MTI radar has the opposite problem, with more accurate range measurement but more ambiguity measuring the radial velocity of targets.)

Synthetic Aperture Radar (SAR) is used in both air and space applications (such as satellites and space shuttles), and can create either 2 or 3-dimensional images of objects and landscapes in the environment. A beamforming SAR antenna is positioned so that it will be perpendicular to the direction the plane or spacecraft is traveling in and uses the movement over the target area to provide a much higher resolution and spatially detailed (if 3D) image than a traditional beam-scanning radar.

A variant of SAR called “ISAR” or Inverse Synthetic Aperture Radar functions in a similar, but inverted way, as the name suggests; ISAR uses the movement of the target rather than the radar signal emitter to generate a high-resolution image of the target. ISAR is frequently used in maritime surveillance applications, as well as for generating high-res imaging for astronomical research.

Terrain Following Radar (TFR) enables a plane to maintain a low-altitude above ground level. TRF works by sending the radar signal down towards the ground ahead, allowing the radar system to perceive the features of the terrain directly ahead of the plane. If an upcoming change in the terrain is detected like tall trees or hills, a signal is sent to the plane’s autopilot instructing it to pull up and avoid the obstacle, while still maintaining a relatively consistent low altitude. TRF is usually used with military aircraft, and one advantage to flying low with TRF is that it makes it harder for the enemy to detect the plane with their radar systems.

While TRF has been around for many years, newer systems operating above the K-band have been developed by companies like Lockheed-Martin to allow safe low-flight capabilities for modern military aircraft.

This is, of course, just a sampling of all the possible radar functions. From astronomical research to advanced missile defense systems, radar technology continues to drive innovation in military, commercial and scientific domains. With the global military radar market projected to grow to over $13 billion by 2020, you’ll want to make sure you’re working with best firms to produce the highest quality products and get a piece of the pie. Read on to learn more about our world-class frequency generation products for military and aerospace applications, and see why Bliley will Take You Further— through 2020 and beyond.