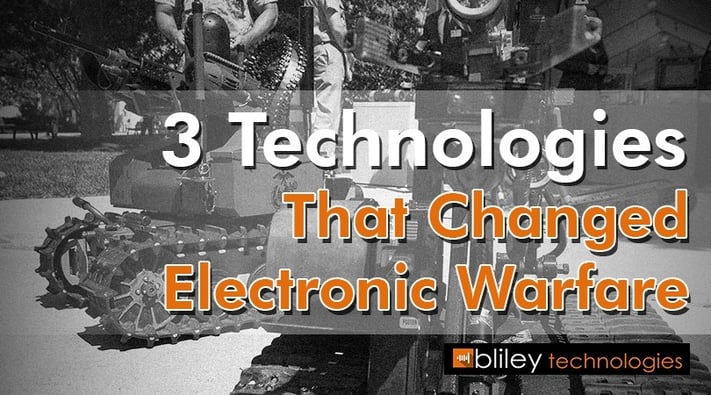 Electronic warfare is one the defining characteristics of modern combat. Its origins can be traced back the First World War when Allied and Central Powers began intercepting and interfering with each other’s radio transmissions, and it has advanced at a staggering pace ever since. Today we’ll examine 3 of the most significant milestones in the evolution of electronic warfare technology, and discuss what the near future holds for this exciting and increasingly important military specialty.

Radar itself represented one of the most significant developments in the history of warfare. For the first time, it was now possible to detect incoming enemy forces far outside visible range, without the enemy being aware they had been detected. Some military historians argue that radar was the most important technological innovation of the Second World War, surpassing even jet engines or the atomic bomb in the impact it has had on military affairs. Indeed, it is difficult to overstate how much the advent of radar has changed the way wars are fought because it can deny the enemy of one of the most fundamental advantages in war: the element of surprise. 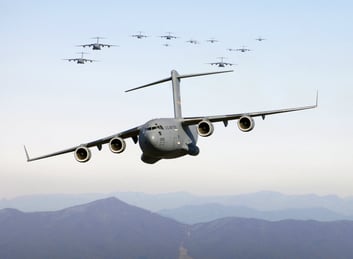 Of course, as with so many new military innovations, one of the first orders of business after radar was developed was figuring out how to counteract it. Mechanical methods such as chaff were developed to deceive radar systems and proved to be quite effective, but using the RF spectrum to counter the radar waves become an entire discipline unto itself. Techniques such as spot jamming could interfere with frequencies used by radar systems and degrade their ability to detect ships and aircraft. As frequency-agile radar systems were developed, more sophisticated methods like barrage jamming had to be developed in turn.

The interception of, and interference with, radio communications is one of the most fundamental forms of electronic warfare. Almost from the moment that militaries adopted radio, opposing forces began to intercept each other’s communications to gain valuable intelligence about the other side. This made extremely complex forms of cryptography necessary since decision-makers had to operate under the assumption that the enemy might be listening in.

One approach to preventing this is Frequency-Hopping Spread Spectrum (FHSS). A normal radio transmission is sent across only one frequency. Using FHSS, the carrier wave is rapidly switched across multiple frequency channels in an apparently random sequence.

By nature of how the signal is spread across the spectrum, communications carried out with FHSS are much more resistant to jamming than communications over a single frequency. They are also much harder to intercept unless the enemy is somehow aware of the “pseudorandom” sequence of frequency hops.

While it is a very sophisticated technique, FHSS on its own cannot guarantee 100% protection from jamming or interception. For this reason, it was combined with KY-57 and KY-99 Speech Security Systems and other, more advanced forms of encryption for additional security.

AESA is a type of phased-array technology, which is a term used to describe a system in which the beam of radio waves can be aimed in various directions without the need to physically point the antenna in that direction. This practice is called beam steering and can be done with phase shifter modules which delay the transmission from certain modules while allowing others to transmit without delay. The result of this is that the beam can be pointed or “steered” in a desired direction.

This technology was first developed in the 1960s with the Passive-Electronically Scanned Array (PESA) radar. AESA came along a few decades later and represented a huge leap forward: PESA systems only had one transmitter/receiver module, while AESA systems had many different modules which could produce multiple radar beams at different frequencies at the same time.

AESA radar is highly resistant to modern radar jamming techniques due to the use of a technique called “chirping”, which is similar in principle to frequency hopping. Using this approach, the radar signal is spread across a wide range of frequencies and can vary even within individual pulses. The sequences of variation are totally random and as a result, is it essentially impossible for an adversary to detect a pattern and counteract it.

This same “chirping” quality of AESA also grants the user a low probability of intercept by Radar Warning Receivers (RWR), a technology which alerts a vehicle or aircraft that it has been struck by a radar beam and allows it to trace the beam back to its point of origin. Because the frequency changes are so rapid and random, it is much harder for an enemy’s RWR to detect that it has been struck by a radar beam in the first place. This 1-2 punch combination makes AESA truly one of the most extraordinary advances in electronic warfare history. Newer applications for AESA technology include high-bandwidth datalinks between friendly aircraft.

AESA technology is now a standard feature in many modern military aircraft, and even older planes are being retrofitted with AESA systems to keep them relevant in the never-ending electronic warfare arms race.

As we approach nearly a century of electronic warfare, these 3 innovations are remembered as some of the most significant innovations in this exciting and increasingly vital military discipline. The battle spaces of the near future will include directed energy weapons, UAV fleets and ever more complex forms of ECM and ECCM. In this challenging era, our engineers stand ready to do everything we can to help our armed forces maintain an advantage in electronic warfare and keep our world safe. Check out some of our solutions for the Defense & Non-Export Markets and learn why we have been one of the most trusted names in RF tech since 1930.