With the recent start of the new space revolution and the rapid growth of Low Earth Orbit (LEO) constellation technology in recent years, there have been tons of questions being asked as to what all these new LEO satellite innovations and technologies are all about.

The LEO industry is skyrocketing with many new groundbreaking opportunities arising as new technologies are developed. Some even refer to this growth as the fourth industrial revolution. We're already seeing major players arise in this industry such as SpaceX, OneWeb, and Blue Origin. These are currently among the top companies in a race to bring the internet to the entire globe via Low Earth Orbit satellites.

Trust me, you’re going to want to know ALL of the answers with so much talk happening right now around this topic.

What is the Low Earth Orbit (LEO)?

A Low Earth Orbit is an orbit around the earth with an altitude above Earth's surface between 250 kilometers and 2,000 kilometers (1,200 miles) and an orbital period between about 84 and 127 minutes. Any objects below about 160 kilometers (or 99 miles) will experience very rapid altitude loss and orbital decay.

Q1. What is the purpose of large LEO Satellite constellations?

The purpose of these large constellations is to have constant 100% global internet coverage. According to Internet Live Stats, there’s a little less than 4 billion current internet users in the world.

As a matter of fact, at the time of this article being written, there are currently 3,661,891,984 internet users in the entire world. (Click the link to see what it is right now in real time). This leaves about another 4 billion people in the world without internet access. Therefore, only about 40% of the entire world has current access to the internet. 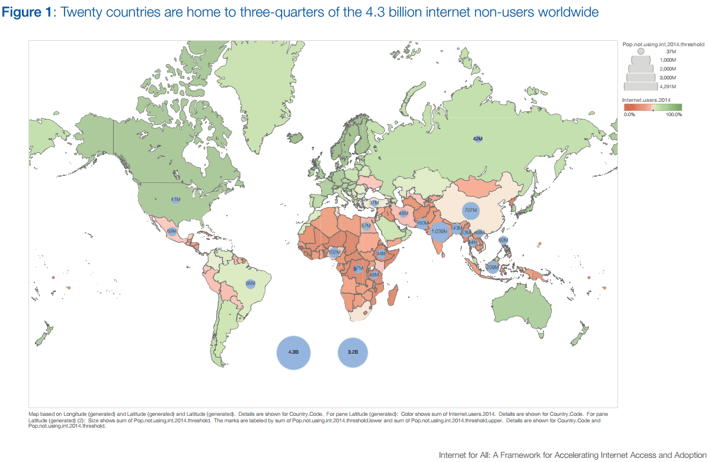 What’s up with that?!

Luckily, with the new developments in LEO satellite constellations, this is about to change.

Not only will LEO constellations help the world get closer to 100% internet access, but they can also provide 100% coverage in other areas such as constant worldwide surveillance and imaging. Some more detail on the purposes of LEO satellites will be in the next question.

This leads us to…

First, to help answer this question here’s a quick look at the differences between LEO, GSO, and GEO orbits:

Low Earth orbit (LEO)
An orbit around Earth with an altitude above Earth's surface of 2,000 kilometers (1,200 mi), and an orbital period between about 84 and 127 minutes. Objects below approximately 160 kilometers (99 mi) will experience very rapid orbital decay and altitude loss.

Geosynchronous orbit (GSO)
An orbit about the Earth in which a satellite has an orbital period that matches the rotation of the Earth on its axis (one sidereal day) of approximately 23 hours 56 minutes and 4 seconds.

Thousands of smaller satellites (constellations) are launched into the low-earth-orbit to work together and operate effectively as one. Large constellations are required to achieve global coverage given their location relative to Earth. Since LEOs are closer to the Earth, they cover less territory because of the limited field of view from the antennas onboard each spacecraft.

Q3. How are these LEO satellites different from traditional satellites? 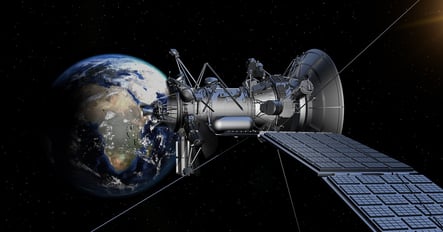 Traditional commercial satellites have been GEO satellites. These satellites are fixed at a position on the GEO belt moving with the Earth as it rotates. It is positioned at a very large distance from the Earth (much larger than LEO). Because of this, the satellite can cover larger areas of landmass and bodies of water. Some of the main limitations of GEO satellites, as opposed to LEO SATs, include:

Q4. Which frequency bands will LEO satellite constellations operate on?

Unfortunately, there is currently no straightforward solution that can be provided as to which frequency spectrum is used by the LEO satellites. However, if C-band was used, there would be a need for larger antennas on the ground to support a C-band LEO constellation. This will be a drawback for these new LEO satellite constellations that are trying to provide global connectivity to anyone at home.

C-Band is also currently widely used which means interference would also be a problem (whether it be LEO satellites interfering with the existing C-Band users or reverse). It is important to know that the higher the band (Ku, Ka, V-Band, in increasing order), the more bandwidth is available. Also, the higher the frequency the less widely it’s used. This means less overall interference.

To play devil's advocate, the higher in frequency the operations are, the more propagation loss there is. Therefore, the signal will be more susceptible to rain fade. There are guidelines that are set and frequency spectrums that are allocated that decide which bands can and cannot be used for particular applications. Review this chart which provides a pretty good picture as to which bands are used and for which applications.

The frequency spectrum that is being used by these LEO satellites is also predicated on approval from government ran regulatory bodies such as the Federal Communications Commission (FCC) and the International Telecommunications Union (ITU). Companies that wish to establish a LEO satellite constellation should ensure that the spectrum that they choose to use does not interfere with any existing satellite constellation systems (such as GEO constellations) and terrestrial networks. There is a formal process in filing an application to get this approval. They also do get put on public notice so users can raise any concerns.

To give you an idea of what current LEO constellations are using... LeoSat and OneWeb filed with the FCC to use Ku-band for the RF links between the satellites and user terminals, and Ka-band for the RF links between the satellites and gateway earth stations. SpaceX originally filed for a very similar solution in the Winter of 2016, but then refiled to use a V-band solution for all satellite uplinks and downlinks in the Spring of 2017. These filings are all public and can be found on the FCC website.

Q5. Who are the current major players in this space? (Pun intended)

Since LEO satellites are a newer and growing technology, there are currently only 3 major players in the LEO space. They are:

GEO satellites have been used over a longer period of time. There are many more players in the GEO (Traditional) space. Some of the main operators are:

MEO satellites operate at an altitude between 2,000 km and 35,786 km. This is the region of space that GNSS satellites occupy.  MEO satellites have a longer design life than LEO satellites but do not require the highly engineered designs required for GEO space.  Precision atomic clock timing sources (like the AR133 series rubidium atomic clock) coupled with an ultra-stable oscillator (using the legacy BG61/BQOTY crystal) are required at this orbit.

Also, as Stephen B. mentioned in our comments (thanks, Steven!), new Medium Earth Orbit satellite constellations can allow for lower latency, higher speed links with fewer satellites, and can even be simpler to track than LEO. Some of today's most innovative satellite companies like SES are planning to launch their next-generation satellites in MEO in upcoming years.

Did we answer all your questions?

Hopefully, these 5 frequently asked questions have helped answer many of your questions regarding LEO satellite constellations.